Tarp camping essentially involves a pole and a tarp. It's one of the easiest ways to enjoy the outdoors. In reality, there are other components that you'll need to keep bugs away, keep yourself off the ground or stop crawling insects from entering your tarp space. Along with those components like rope and tent stakes, you'll also need some skills with tying knots and erecting a tent.

​When tarp camping bugs are often a serious problem. Between mosquitoes, spiders and ticks, you'll need to find a way to keep yourself from becoming bug food. Without some kind of protection, you'll end up with dozens of bug bites when you wake up in the morning, or you might not be able to sleep at all if they're biting you the entire night.

​One of the best ways to keep yourself from being bitten by mosquito's is to add a bivy sack to your tarp camping. You can tie your tarp between two trees, so you'll have it as a shelter from the elements. The use of a bivy sack will keep you protected from everything else.

​Some sacks can be strung up between trees, so it hangs off the ground. Other sacks can be laid on the ground but still provides a covering that will keep the bugs at bay. If you lay the bivy on the ground, another tarp under you would keep many crawling bugs from entering your sack. 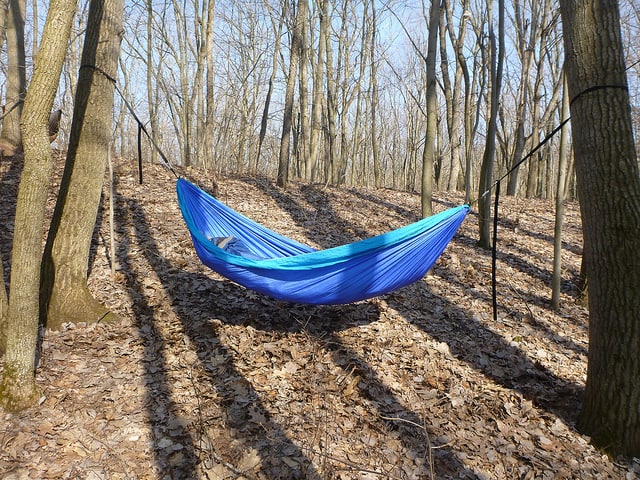 ​If you're stringing your tarp between two trees and the ground, you can sleep in a hammock. The hammock can be strung between those same trees. It's a terrific way to keep crawling bugs from climbing into your space. Some hammocks have coverings on the top to help you avoid flying insects too.

​If your hammock doesn't have its own covering, you could add netting to the hammock to provide protection. It can be spread across the top of the tarp and allowed to spread down over the sides to create a screening wall around the hammock. 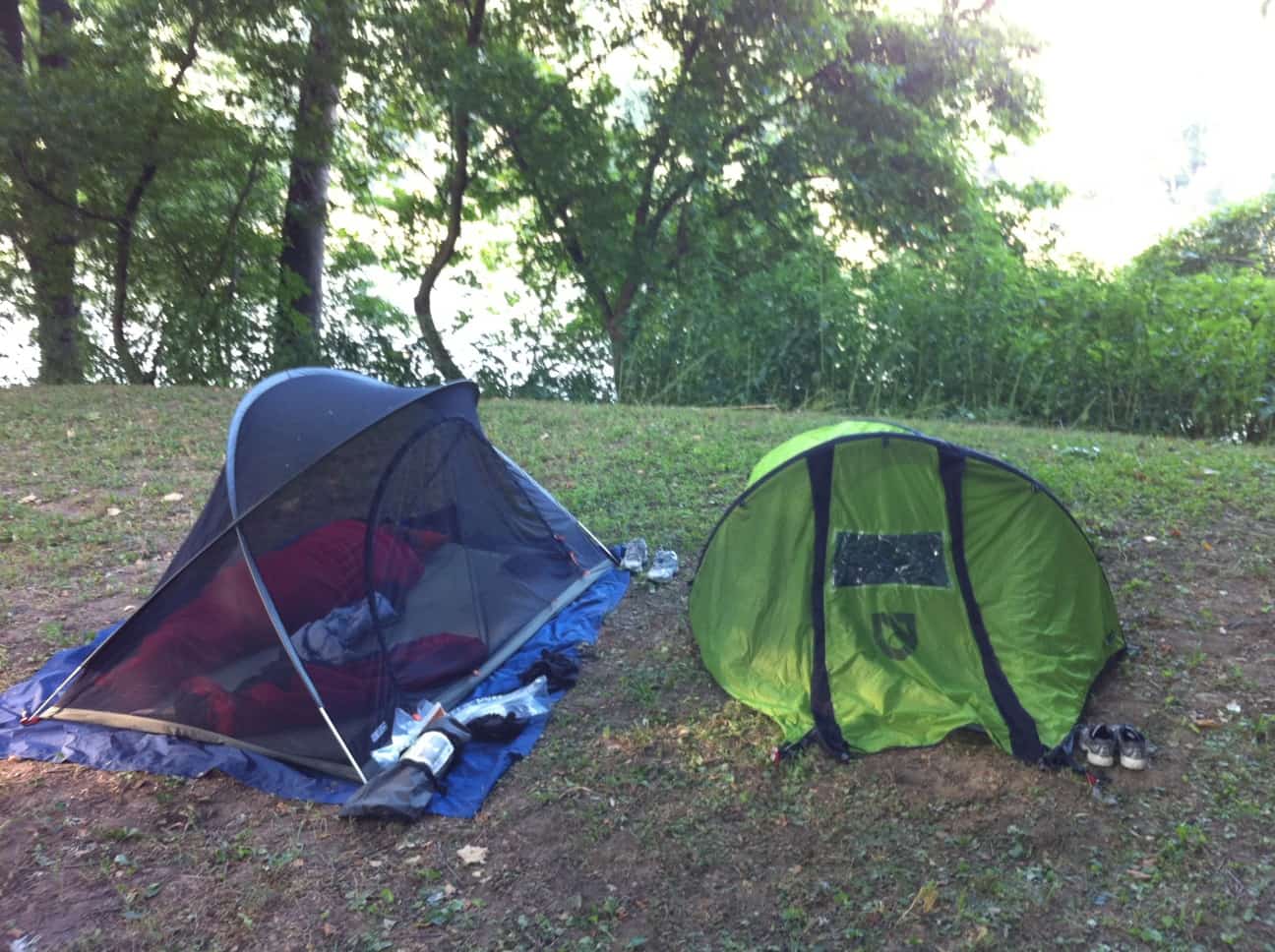 ​Anyone who is sleeping outdoors should invest in a bug net for their camping.There are a variety of different kinds that can be used for camping.

​You could buy a dome that can be staked to the ground surrounding the tarp, sleeping bag or hammock. It's often used in bedrooms for surrounding a bed, but it's easily adaptable for the outdoors. The only problem you may have is with wind. Make sure it's staked to the ground to avoid it blowing away with the wind. You'll need to make use of your knot-tying skills to keep it from flying.

​This kind of netting is almost like having a tent surrounding your sleeping bag or bivy sack. The netting is attached to ground sheets to ensure that bugs can't crawl inside the enclosure. The zippered sides are used as protection against flying insects like flies and gnats.

​If you'd like to create your own enclosure, you can purchase netting in its own roll that can be used to protect your sleeping environment. It's great for throwing over a tarp while camping. It can provide a wall of netting protection for flying bugs. It comes in large rolls that might not be convenient to carry while hiking to the camp area, but you could pull it from the roll and fold it into a portable square for travel. After it's used, you could square it up again for the next camping spot.

​Permethrin Around the Site 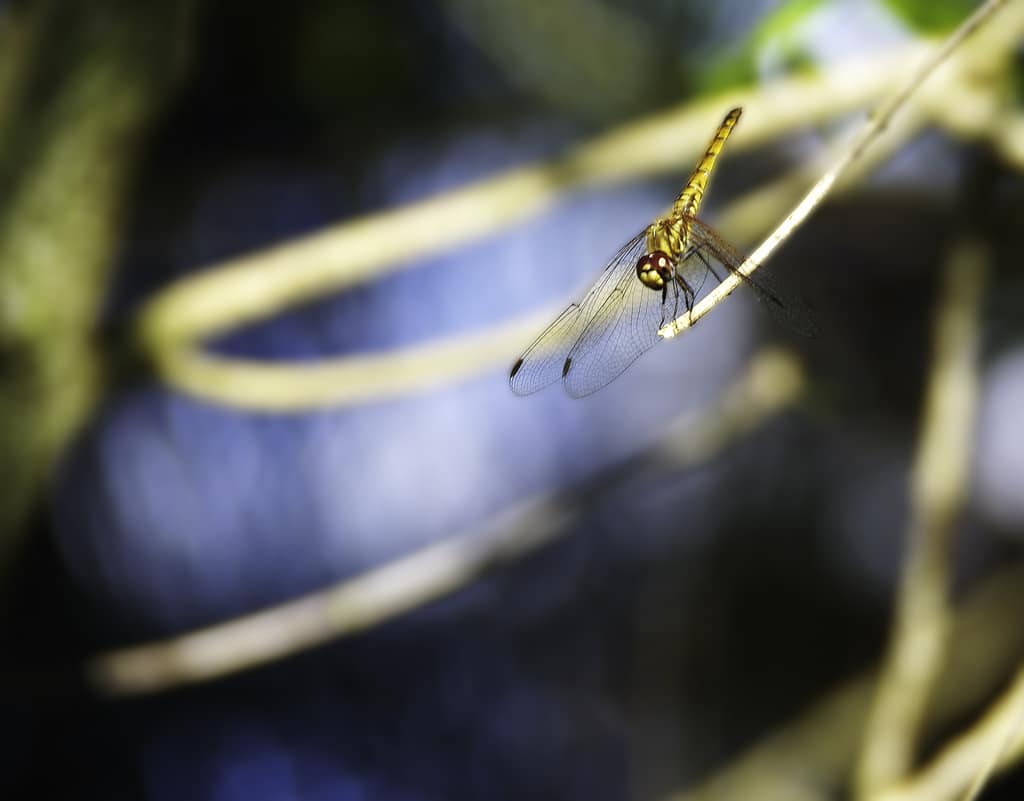 Many of the worst bugs are the ones that will crawl into your tent or sleeping bag while you're snoring during the night. You should have insect repellent on your body, but you'll want the added protection of permethrin around the site and on the equipment.

This contact pesticide kills black flies, ticks, ants and spiders. It won't stain or damage fabric when it's held and sprayed from 6 to 8 inches from the surface of the fabric. Permethrin creates a barrier between your camping spot and insects. It's often the ingredient in clothing lines that have been pre-treated for bugs.

While some campers recommend laying on pine needles and leaves, that's a perfect place for bugs to nest waiting for you to camp down on top of them. Clearing the debris around your camping site will eliminate insects who might want to crawl into bed with you.

You'll probably end up slightly dirty on the ground without the soft pile of leaves and pine needles, but it's better than ending up with a sleeping bag full of spiders.

Once the debris is cleared, you can lay a tarp on the ground, stake your overlay tarp around you and use your netting to keep bugs at bay. Don't forget the perimeter of insecticide too. 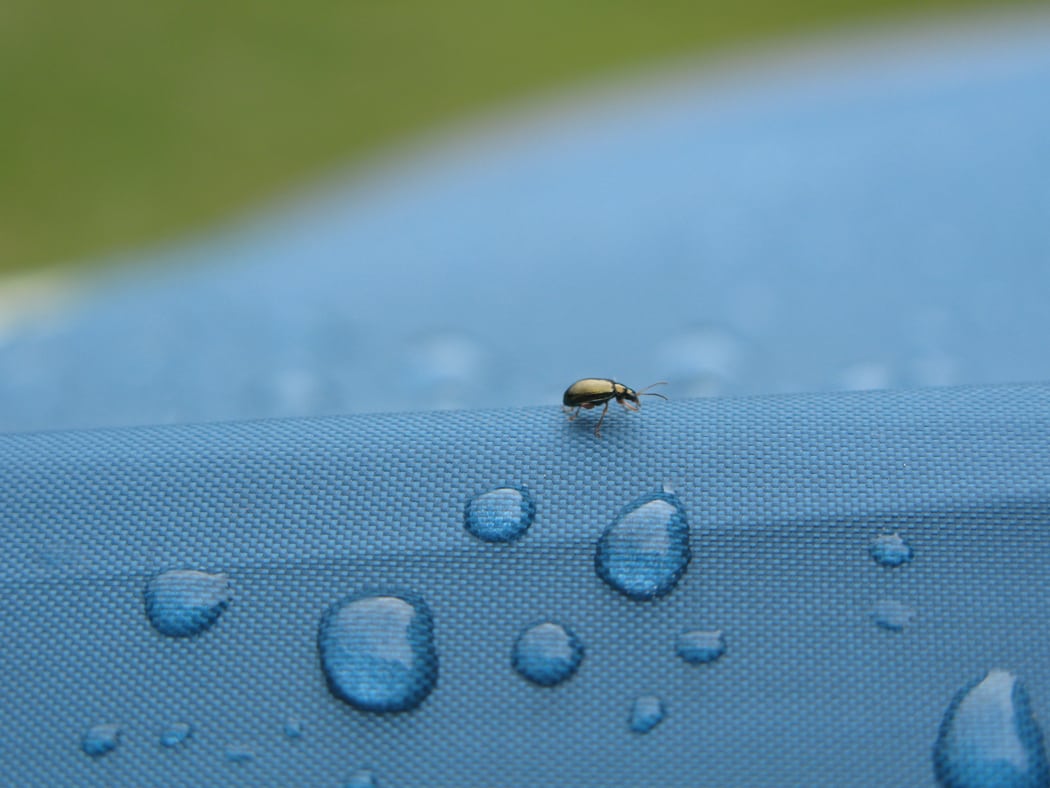 With the use of a tarp, you can create a large area to camp under. It requires you to tie off each corner to a high tree. It creates a canopy that will keep the rain off your camping spot. You don't need a stake in the middle since the four, high sides will keep the middle from falling.

You can create a cozy overhead tarp configuration by tying one corner to a tree. It shouldn't be too high though. The two sides can be staked very close to the ground. The last point, which is opposite of the tree, can be folded under to be used as a ground base for placing the sleeping bag or bivy. This configuration will require a center pole to keep the tarp from laying flat on top of you.

Another way to set up your tarp as a tent is the same as configuration two above, but the corner that is on the opposite side of the tree is tacked to the ground. This will help during windy weather. The tarp is less likely to blow over if that fourth point is facing the wind.​

A standard tent shape requires one side of the tent to be anchored to the ground. The middle is strung over a line or tree branch and the other side is tacked to the ground. The sides will look like a V, and they can be pitched with varying room for standing or sleeping.

​Tips for Pitching a Tent

​Tarp camping relies solely on the way the edges are anchored to the ground. Aluminum tent stakes work well for almost any situation. They won't bend or break in the wind or bad weather.

​Center poles are the anchors that will make or break a good tarp design. Simple basic poles can be used for the center. If you're hiking and trying to keep the weight down, you can use elements found in the wild for your center poles. If you can use large boulders and trees as your poles, you'll create a more stable design.

​If you're using a traditional tent under your tarp, loops will help increase your wind resistance when tied to trees or staked into the ground. Adding more tie-down points to your tarp will increase its ability to keep you out of the elements too.

​While a center pole can be moved to accommodate a site that has a bit of a slope, you'll still want to find a place that is flat enough for sleeping. If you are in danger of rolling downhill if you roll over in your sleeping bag, you'll want a flatter surface. Try to camp in an area where there isn't a chance for flooding. When you don't have a floor, you have to be careful of places that don't drain water properly.

​You want the tarp to stay erect and stable during the night but make sure you're giving yourself enough room to slip under the protection. While first staking the tarp, keep it loose then reinforce it after you know you'll be able to crawl inside.

​Camping under a tarp can be daunting for anyone attempting it for the first time. There are insects to consider as well as where to tie the tarp down to ensure it's providing the best protection, so it won't blow away in a harsh gust of wind. You'll have to experiment with the set-up that works best for the climate and area in which you're camping. After a night on the ground, you may decide to purchase a hammock and string it between some trees with the tarp overhead. Make the adjustments you need that work best for you.