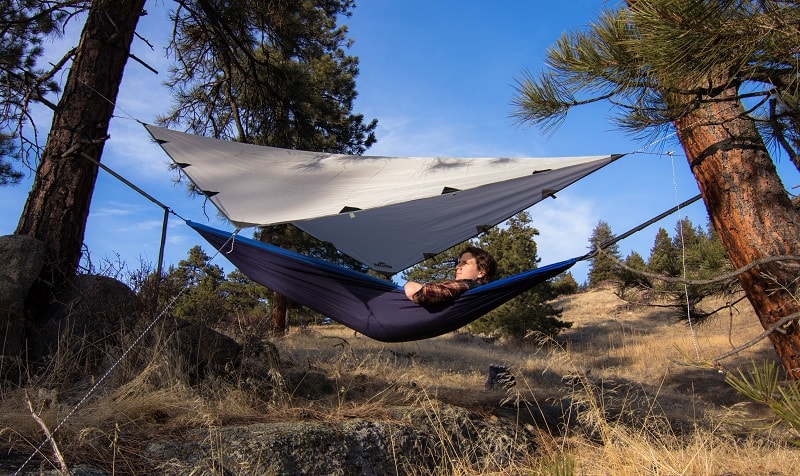 ​Available on ﻿﻿﻿﻿Amazon or through our store page.

​... or so I said as I rambled along a path in the middle of nowhere, though I believe the words I used were a little more colorful.

​As the clouds gathered in the sky, I picked up my pace and found a thick clump of trees. I managed to get underneath the thick umbrella of leaves before the downpour struck. I learned that a rucksack and a bunch of leaves don't really make for much of a shelter.

​Thankfully, I was only out hiking. After I slogged through the woods in drenched clothes, reached my car and got home, I changed and dried myself off. I warmed myself up with a hot cup of tea and fired up the old computer.

​After trying to figure out how to get an accurate weather forecast, which can't be done, and looking for tents or shelter-halves that are quick and easy to set up and will keep the weather at bay, I threw my hands up in the air. Then, I thought of a tarp. I did a quick search and found something better!

​A tarp shelter is basically what the name says: a tarp that's been converted into a shelter that can be set up in numerous ways for numerous situations. A normal tarp shelter comes with ropes and poles, all combined into one package.

Our very own diamond shaped tarp shelter is the ideal shelter for hammock campers. It has more tie-off loops than others, sixteen in total, which makes it easier to set up however you want. 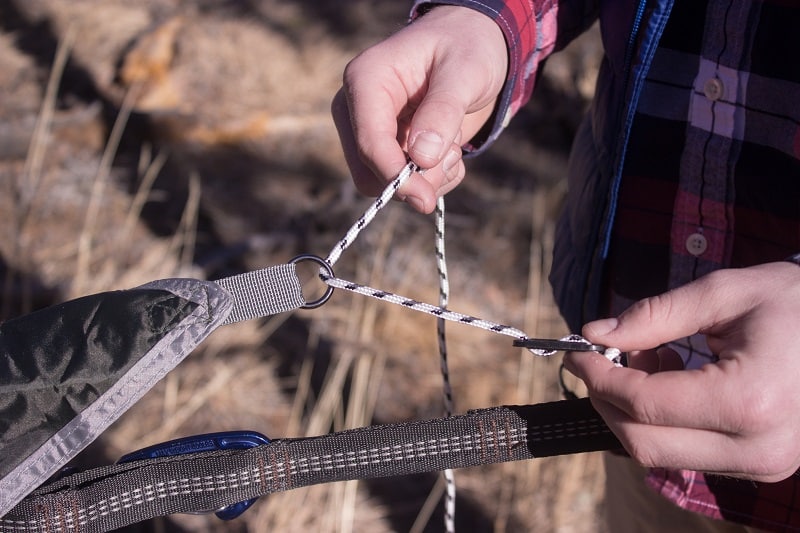 These things are useful for more than just hiking, though! Imagine a festival or an outdoor sporting event, and imagine having the ability to pull out a complete shelter from a small bag, rather than lugging umbrellas around.

On the beach or at a glamper's campsite, it works great as a sun shade. You'll need more than one for large groups, but a few of these things would take up a lot less space than several unwieldy umbrellas.​

​It's ideal for backpackers, wilderness campers and hammock campers. We'll get the most bang for our bucks. We'll be able to weather any storm when we're in between campsites or swinging in our hammocks. And these shelters are quick and easy to set up in a situation when you see a storm rolling in. 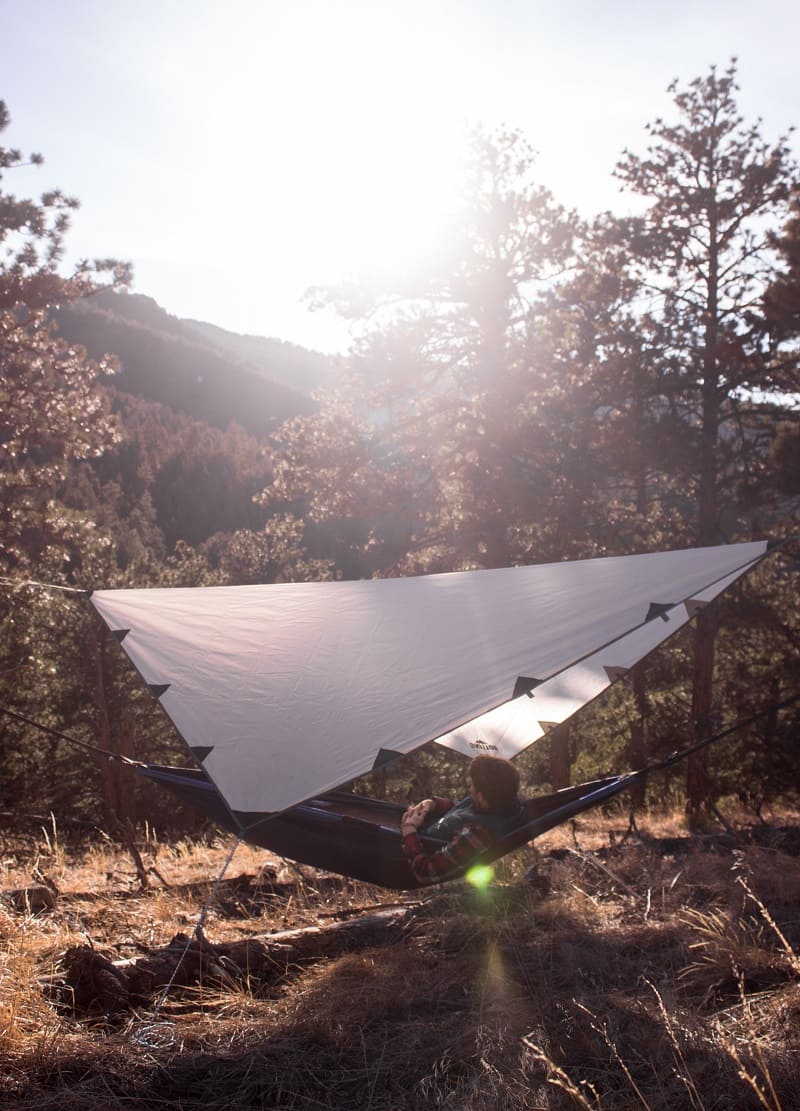 ​That is, if you don't mind carrying it around. It packs up nicely, but it still takes up space in a backpack. That space is limited, especially if you're traveling through the wilds instead of just visiting. And, obviously, once the storm is over, you'll need to pack it up before you go on your way. You'll surely want to dry it out, once the day is done and you've reached your destination.

​It's easy to set up and easy to tear down. It's durable and easy to clean. What's most important is that it'll keep you dry and give you shade.

​The Rolling Fox Tarp Shelter just plain works. Check it out on Amazon or through our own shop.

I have to say I really like this tarp. I would definitely consider this as an add-on to your BOB or INCH kits. It's also a good contender to live in a car kit as well since this is so handy to have around. Look at their full review here​ 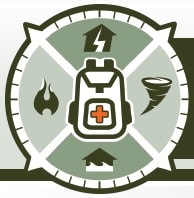 This tarp will go with me an all my summit hikes and at just above 1 pound, I won't know it is there until I need it. Look at their full review here​ 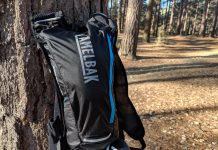 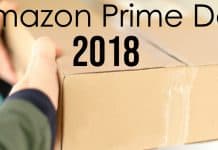 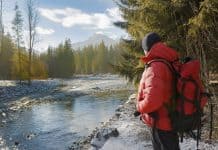 10 Of The Best Down Jackets For Hiking