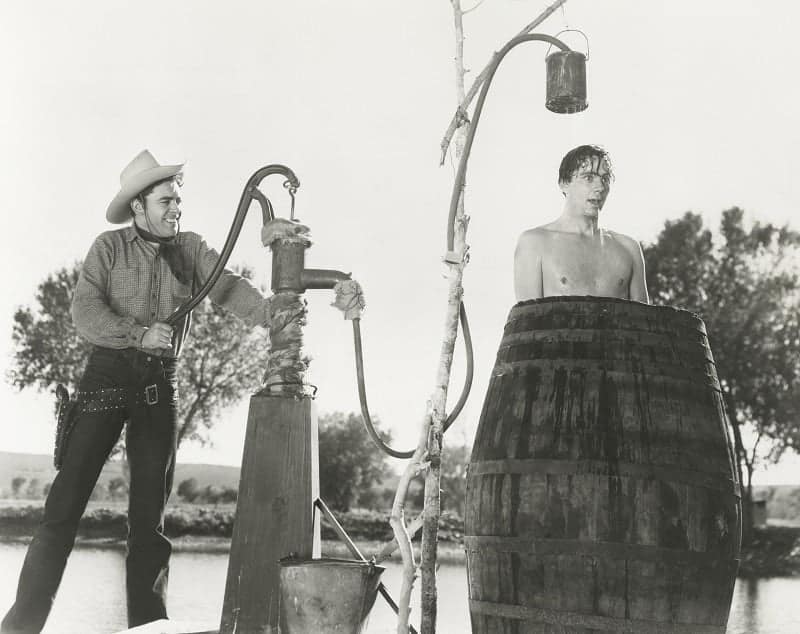 We always long for what we can’t have. Except…nowadays you can have a warm shower while camping, if you choose!

Why, you might say, would I pay another $20 to use a grimy shower block at another overcrowded campsite? You don’t have to! The simple method we’ll outline below will enable you to have a shower wherever you might be in the great outdoors.

Instead of staring at a grey concrete wall while cleansing yourself imagine gazing at valleys, mountains and forests, at one with nature in a way we so rarely are when utilizing the convenience of plumbed water. But don’t worry, if you value your privacy we’ll show you how to rig up a shower curtain, too!

Don’t believe me? Read on.

What you will need

In order to follow this tutorial you will need the following:

This step will need to be completed several hours in advance of your shower. Put one black refuse bag inside another (for security in case one of the bags is pierced) and fill it with water, tying it securely. Leave the bags in direct sunlight to heat the water. If sufficient sunlight is unavailable water could be heated over a fire.

Make two cuts to your pump spray bottle. One should be an inch below the spray nozzle, removing it from the short stretch of tubing that connects it to the bottle. The next cut will be an inch from where the tube enters the bottle. Again, sever this tube.

Fill up the bottle with warm water from your black bags and hold down the trigger on the spray head to activate the shower. Water should emerge from the spray head but only the spray head! If water leaks from the connecting points of the medical tubing tighten the bands or reapply duct tape.

Find a tree with branches around head height from which you can hang your shower. It should go without saying that this spot should be as private as possible!

Open up the umbrella and hang it upside down from a branch just above head height. Umbrellas with a traditional, curved handle are ideal for this as they will hook neatly over a branch, leaving the hood of the umbrella facing the opposite direction to which you would hold it to keep out the rain.

A simple step. Drape your shower curtain over the upside down umbrella. The circular shape of the umbrella should allow you to completely encircle yourself for the sake of privacy.

If you’d like a hands-free shower make a small incision in the fabric of the umbrella and use it to secure the shower head above you. Fix the trigger on the sprayhead to the “on” position with a rubber band and enjoy your shower!

Alternatively, simply hold the sprayhead above yourself and pull down on the trigger for a shower in which you can maneuver the shower head by hand.

So there you go! An outdoor shower in less than ten simple steps!

Camping is really all about DIY. We purposefully drive away from the conveniences of houses with electricity and plumbed in water to reconnect with a more hands on way of life.

Sure, your friends might laugh when you extend this DIY approach to rigging your own shower (especially when you pull out an umbrella and a shower curtain in the middle of a remote valley!) but you’ll have the last laugh when you’re standing under a stream of warm, soothing water.

Feel free to share the article and let us know how you get on with your own outdoor showers!